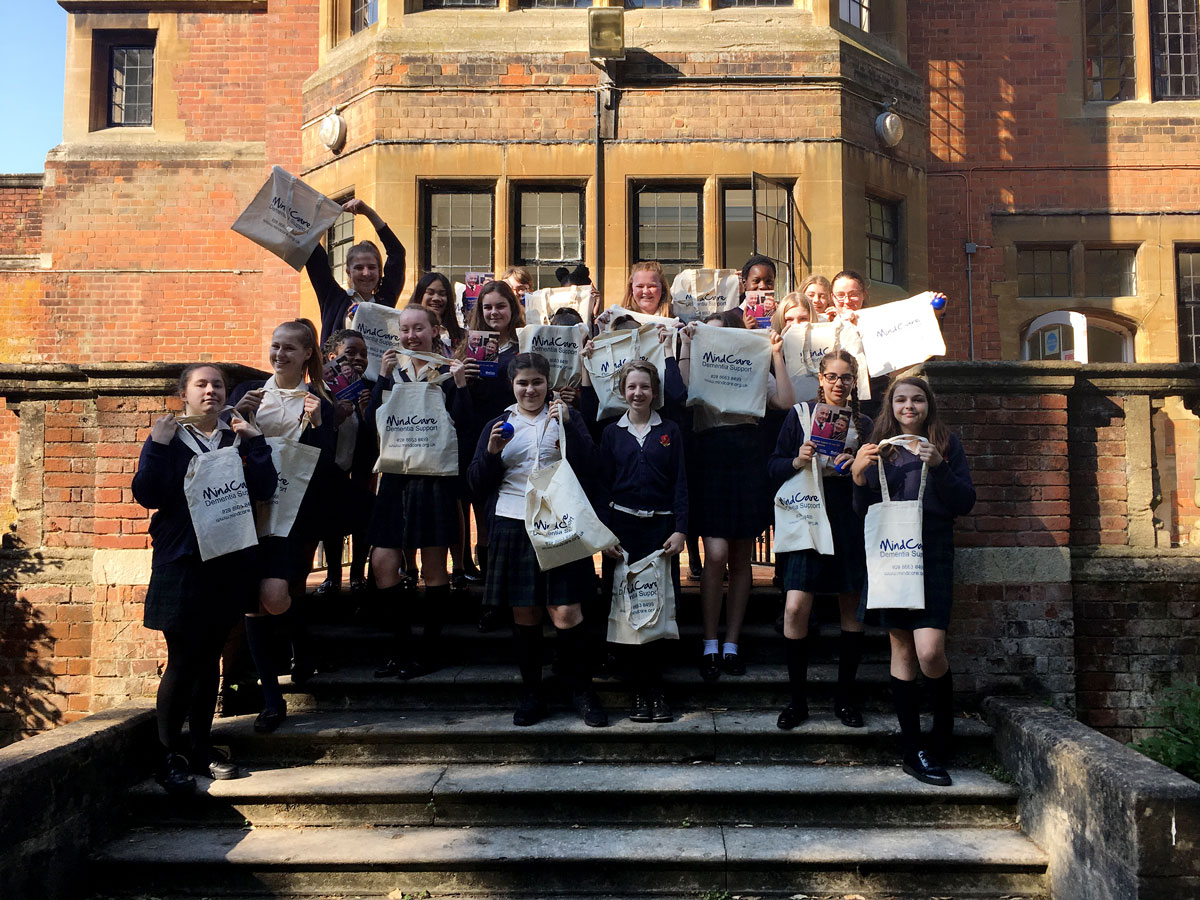 Bullers Wood secondary school in Chislehurst raised £1206 for Bromley MindCare Dementia Support as part of the First Give programme, helping young people give their time and talent to improve their local community.

The First Give programme encourages an entire year group of students to identify social issues in their area and engage with local charities that address them. The students then compete for £1,000 of grant money, by advocating for their charity in a school competition involving presenting to a panel of peers and judges.

Students from Bullers Wood School Year 9 Grey-Thompson form chose and approached Bromley MindCare Dementia Support in May 2018 as their chosen charity service as many pupils had family experiences of dementia.

Bromley MindCare was invited to give a talk to Year 9 Grey-Thompson students about how the service supports people with dementia and their carers. Inspired by the talk, one student, Lily, visited the Beckenham MindCare Dementia Centre, to experience how staff and volunteers support people to live with dementia with arts, crafts, games, physical activity and conversations.

Talking about her experience Lily commented on the fun and calm environment. Lily said she learned a lot about caring and looking after the elderly which would benefit her personally in pursuing her desired career in medicine.

Inspired to do more

The Silent Disco took place on Thursday 14th June 2018, with Year 7 students bringing their own music players, earphones and headphones and dancing together listening to their own music during their lunch break. Year 9 students demonstrated their entrepreneurial skills raising money for Bromley MindCare by selling tickets to the disco and snacks.

The event was thoroughly enjoyed by students and raised £206 for Bromley MindCare Dementia Support.

Presenting for the First Give Programme 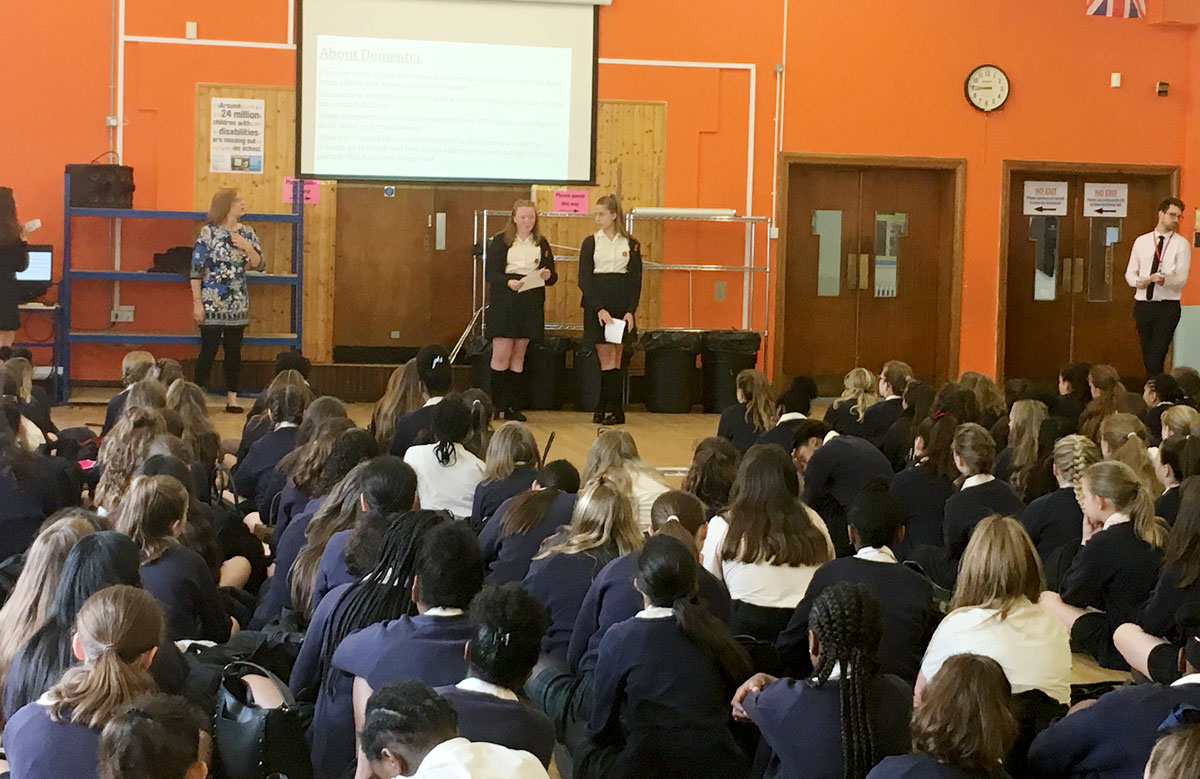 All of the Bullers Wood School Year 9 group’s efforts culminated in a final presentation to fellow Year 9 students and internal judges. The group presented on:

The presentation was so positively received that in mid-July 2018, Bullers Wood School informed Bromley MindCare Dementia Support that Year 9 Grey-Thompson won the First Give competition, raising another £1000 for the dementia service.

Saira Addison, MindCare Manager, said, “It was wonderful and a pleasure to be part of this process. Year 9 Grey-Thompson showed so much enthusiasm and commitment, going above and beyond what was expected of them, to raise a total of £1206 for Bromley MindCare Dementia Support. A big thank you to Year 9 Grey-Thompson, Bullers Wood School and the First Give programme.”

MindCare is part of Bromley, Lewisham & Greenwich (BLG) Mind. Signup for up for BLG Mind email news sent directly to your inbox. You can unsubscribe at any time.

Thanks for signing up to receive BLGM Mind news.